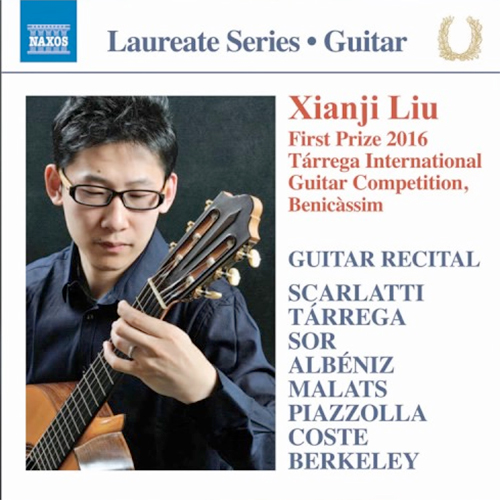 Xianji Liu, the first ever Chinese-born winner of the Franciso Tarrega International Guitar Competition in Benicasim (Spain), is an emerging star in the world of the classical guitar.

He has been invited as a concert soloist, chamber musician, and has appeared with orchestras across Europe, North America, and Asia. In addition to winning the 50th Tarrega competition, he has also been awarded first place at the VI Concurso Internacional de Guitarra Clásica GSD 2016, and a special prize for the best performance of the famed Fantasia para un Gentilhombre concerto by Joaquin Rodrigo.

He has also been awarded a variety of scholarships, including the Zuyd, Holland, and was recently given the prestigious DOMS-Stiftung Basel scholarship.

He has performed as a soloist with orchestras and in recital throughout Germany, Holland, Switzerland, Spain, France, China, USA, Austria, and has been invited to perform at a variety of festivals, including the Guitarra en los Jardines de Falla (Granada 2016), and the Shanghai Guitar Festival. Xianji is also apart of the Beijing Guitar Quartet, who were featured as guest performers in Forum Gitarre Wien Festival in 2010 and the Guitar Foundation of America in 2012.

After completing his Bachelor’s degree with the famed Professor Zhi Chen in the Central Conservatory of Music in Beijing, Xianji continued his studies with the internationally renowned guitarist Roberto Aussel in the Hochschule fuer Musik und Tanz in Cologne, Germany. He is currently completing the Konzertexamen with Prof.Ricardo Gallen in the Hochschule fuer Musik Franz Liszt in Weimar.