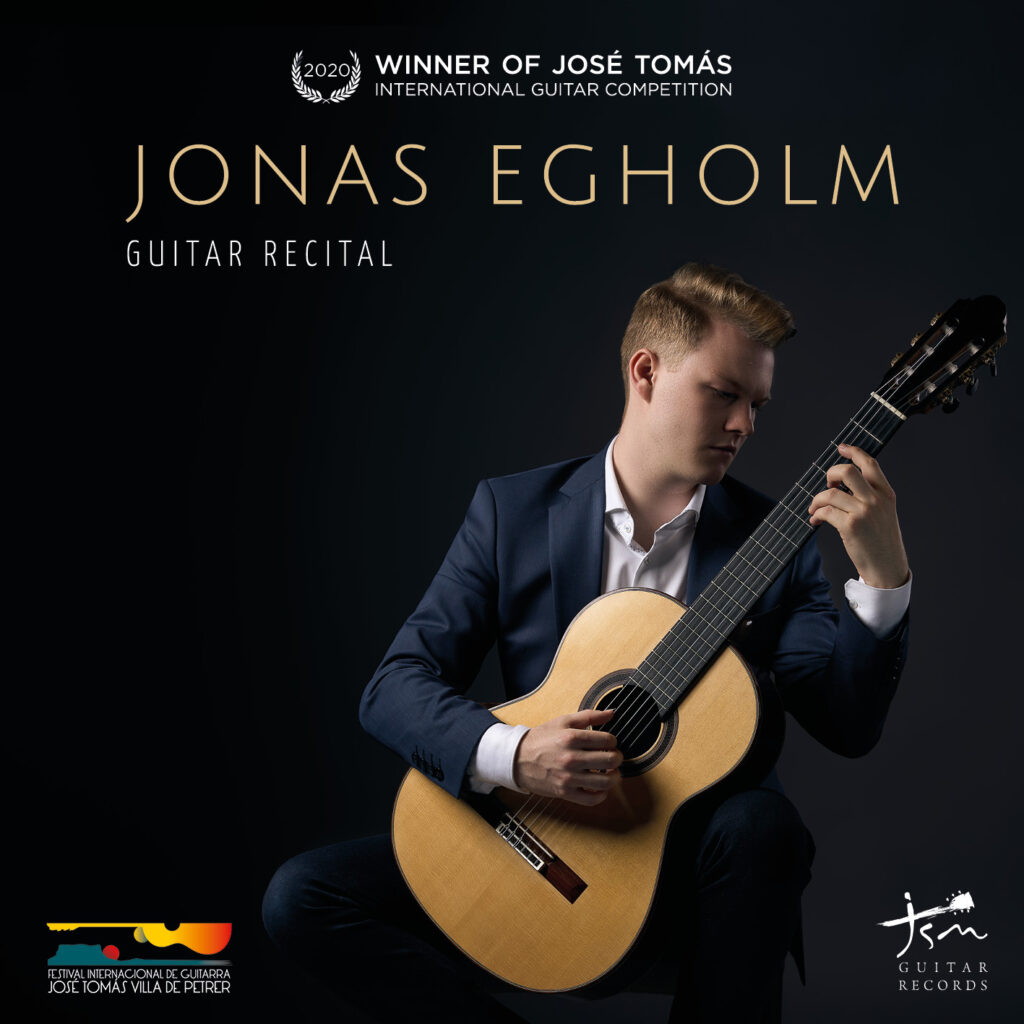 Jonas Egholm (1997, Danmark) started playing the guitar at age seven, and by the time he was ten he went on his first concert tour around Denmark and Germany in connection with being awarded the 1st prize in the Danish Radio Symphony Orchestra’s competition for young musicians. He has attained wide international recognition and performed in several countries in Europe including Germany, France, Spain, Faroe Islands, Bosnia-Herzegovina, Montenegro Hungary, China and Japan. He has performed with the Danish Radio Symphony Orchestra, South Denmark Philharmonic Orchestra and others. In 2020 he won the first prize in the International Guitar Competition José Tomás Villa de Petrer, whereafter he is performing concerts in both Spain, Brazil, Argentina and Mexico as well as having recorded this CD.

Jonas has finished his Bachelor and Masters degree on the Royal Danish Academy of Music in Copenhagen, Denmark with highest marks, and is now completing the soloist programme for the most talented students of this Academy. He owes his significant musical achievements mostly to his guitar professor Jesper Sivebæk.

In 2020-2021, he studied in “Máster en Interpretación de Guitarra” in Alicante, Spain under some of the world’s leading guitarists (David Russell, Ricardo Gallén, Hopkinson Smith, Lukasz Kuropaczewski, Tilman Hoppstock, Roberto Aussel, Ignacio Rodés and others), where he graduated with highest marks and Honours.

Currently, Jonas is an active performer and teacher, tutoring guitarists of all levels and ages in Denmark.

Jonas has won more than 15 competitions and received numerous prizes and awards, most recently:

- The Jacob Gade Grand Award 2021, delegated to the most prominent musicians in Denmark.

- The Carl Nielsen & Anne Marie Carl-Nielsen Talent Award 2021, delegated to the most prominent musicians in Denmark.

- Leonie Sonnings Talent Award 2020, delegated to the most prominent musicians in Denmark.